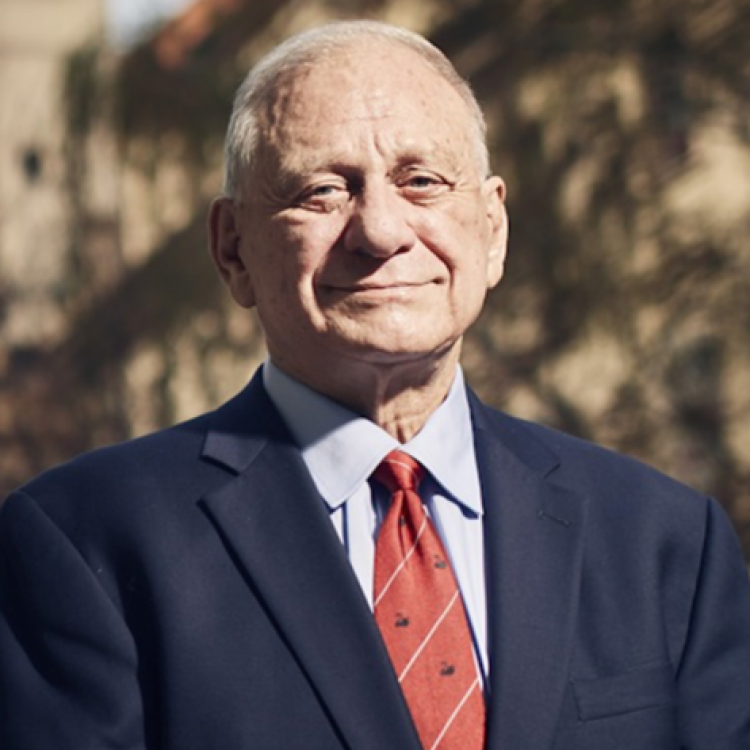 A graduate of the U.S. Naval Academy (Class of 1966), H. Keith Melton is an intelligence historian, author, and specialist in clandestine technology and 'tradecraft.' Recognized internationally as an authority on spy technology, Mr. Melton has assembled an unparalleled collection of over 9,000 spy devices, books, and papers of eminent spies. He is the author of several highly respected books, Clandestine Warfare (1988), OSS Special Weapons and Equipment (1992), CIA Special Weapons and Equipment (1994), and The Ultimate Spy Book (1996). The Ultimate Spy Book, expanded and updated in 2003, 2009, and 2015, has been re-released as Ultimate Spy and remains one of the largest selling reference books on espionage of the last ten years with more than 300,000 copies in print worldwide. It is often used as an introductory manual for many newly hired employees embarking on intelligence careers. In 2002 he joined a project with Scholastic Publications to co-author 15 children's books on espionage that were released under the imprint of Spy University. Melton co-authored the Spies Guide to Office Espionage that was published by Quirk Publications in the fall of 2003 and in 2004 completed 13 additional children's books for Scholastic's new series Detective Academy. In 2008 Spycraft (co-authored with Robert Wallace), a history of the CIA's Office of Technical Service (OTS) was published by Dutton, and in November 6, 2009, his book on the CIA's first magician, John Mulholland, (with co-author Robert Wallace), The Official CIA Manual of Deception and Trickery, was published by HarperCollins. In July of 2012 he co-authored (with Bob Wallace) Spy Sites of New York City&hellip; describing and photographing more than 150 key espionage sites throughout the city, including many never before revealed sites used by Anna Chapman and the other Russian ILLEGALS arrested in 2010 as part of the FBI's highly successful Operation GHOST STORIES. In 2013 the same team wrote a second volume, Spy Sites of Philadelphia. The third volume of the series, Spy Sites of Washington, DC, was published in 2017 by Georgetown University Press and was named to the Washington Post's Best Seller list. A new and expanded edition of Spy Sites of the New York City was published by Georgetown University Press in March of 2020, and a new edition of Spy Sites of Philadelphia will be published in late 2020. In October of 2018 The Secret History of KGB Spy Cameras, was published by Schiffer Publishing. Melton is the lead author in a planned three volume series covering the spy cameras of the Cold War. In late 2020 Schiffer published the second volume of the series, The Secret History of East German and Warsaw Pact Spy Cameras. The third volume of the series, The Secret History of CIA and NATO Spy Cameras will be published in 2023. Melton was an editor-at-large and columnist for the intelligence quarterly Surveillant, and has worked for more than 35 years as a historical consultant within the US and international intelligence community. He actively serves as a guest lecturer at the Central intelligence Agency, Defense Intelligence College, Federal Bureau of Investigation, Joint Military Intelligence College, National Security Agency, NCIX, and National Counter-Intelligence Center (CIA) and is an ongoing adviser to other U.S. and allied nation's intelligence agencies. Since 2002 Melton has appeared at the Smithsonian as part of their Distinguished Lecturer series and has lectured at Cambridge University. He has made numerous radio and television appearances, on all of the major networks including BBC, CNBC, MSNBC, FOX News, and CNN. He has produced or appeared in more than 60 documentaries on the history of espionage. Mr. Melton was a founding board member of the International Spy Museum in Washington, D.C. and serves on their governing board. He is currently the director of a non-profit organization, The Foreign Excellent Trenchcoat Society. The majority of the artifacts on display in the International Spy Museum originated from his personal collection. Several hundred devices from Melton's private museum are on display as the foundation for the CIA's Cold War Museum at their headquarters outside Washington, DC, and in 2002 he provided a major portion of his OSS collection to found the OSS Museum inside CIA. In September of 1997, President Clinton, CIA Director George Tenet and Mr. Melton officially opened the exhibit to celebrate the 50th Anniversary of CIA. Senior CIA officials have called his amazing collection of espionage devices 'a national treasure';. In 2012 Melton, in collaboration with the Central intelligence Agency and the FBI selected hundreds of their most impressive artifacts and are touring them around the United States for five years in a traveling SPY exhibit to presidential libraries and science museums. In 2018 Melton began donating his entire spy device collection to the International Spy Museum. The museum opened a new $212 million dollar building in Washington, DC on May12, of 2019 to house the collection. Mr. Melton was the Tradecraft Historian and Adjunct Professor at the NSA's Interagency Training Center (2003-2016) where he lectured on the craft of espionage. From 2013-2018 he was the technical advisor for the Emmy Award winning television series on FX, THE AMERICANS. The television rights to Melton and Wallace's book SPYCRAFT was sold in January of 2019 to Netflix and now appears in Season One (eight episodes).